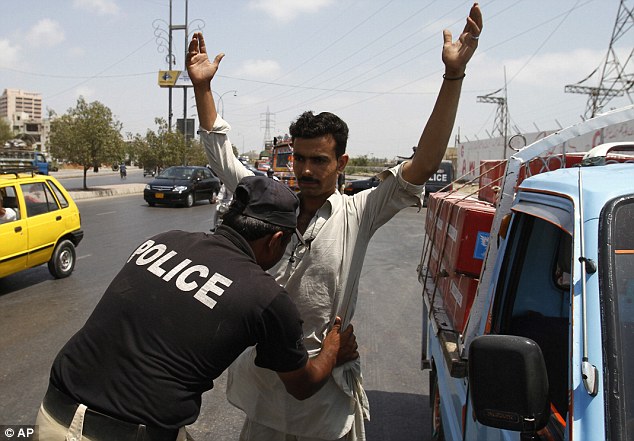 ISLAMABAD: The Awami Workers Party (AWP) has condemned in the strongest words harassment and massive arrests of Pakhtuns and other nationalities living in Punjab and Sindh. The party asked the Punjab and Sindh governments to stop it forthwith.

The massive crackdown on labourers, pushcart owners and common people belonging to Khyber-Pakhtunkhwa (KPK), Fata, Gilgit-Baltistan and Balochistan as well as poor migrants from Afghanistan is tantamount to racial discrimination and violation of basic human rights,” AWP president Fanoos Gujjar and secretary general Akhtar Hussain said in a joint statement here on Friday.

“The Punjab and Sindh governments instead of taking action against the sectarian banned outfits and madressahs, which are the nurseries of terrorists, have launched a witch hunt against poor working class Pakhtuns after the explosions in Lahore and Sehwan,” the two leaders said.

They said that the irresponsible media is also rubbing salt to the wounds of Pakhtuns who are already the real victims of terrorism and military operations stigmatizing an entire ethnic group.

They said the social media was replete with ethnic typecasting messages which should be discouraged from regulatory authorities as well as society.

This is in fact an effort to divert the people’s wreath from real culprits and the failure and in some instances complacency of the state and security institutions towards certain ethnic community and external forces.

During the last two weeks hundreds of labourers, common Pakhuns have been hauled and humiliated in various cities and towns of Punjab and Sindh.

They demanded their release and action against the officials responsible for this discriminatory act.

The AWP leaders said that the menace of terrorism will not be eliminated unless and until action against certain madrassahs which are preaching extremism, sectarian hate and are nurseries of terrorism are taken and state patronage of certain militant groups is stopped and the faulty foreign policy is changed.

They also demanded separation of religion from state affairs.