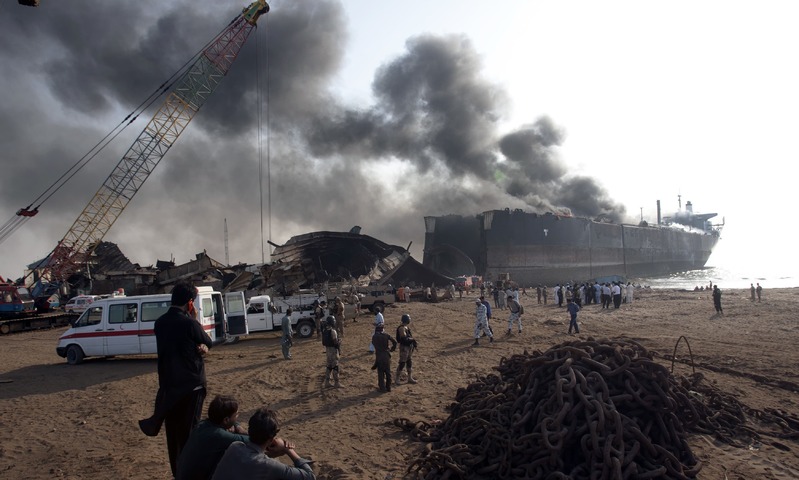 This is to express our deep and profound condolences to friends and families of those 12 workers killed today at the fire that broke today at Gadani Ship Breaking yard in Balochistan. Over sixty workers are injured and scores are missing in the fire incident.

The Awami Worker Party demands an immediate compensation of at least 2 million Rupees for those who lost their lives and at least one million for the injured.

AWP demands an immediate examinations of all the sites where such practices and going on and force the owners to implement proper health and safety measures.

AWP also condemns the PTI for totally ignoring the conditions of workers at work places.

AWP will organise a workers movement on the issue of health and safety issue of the working class across Pakistan.