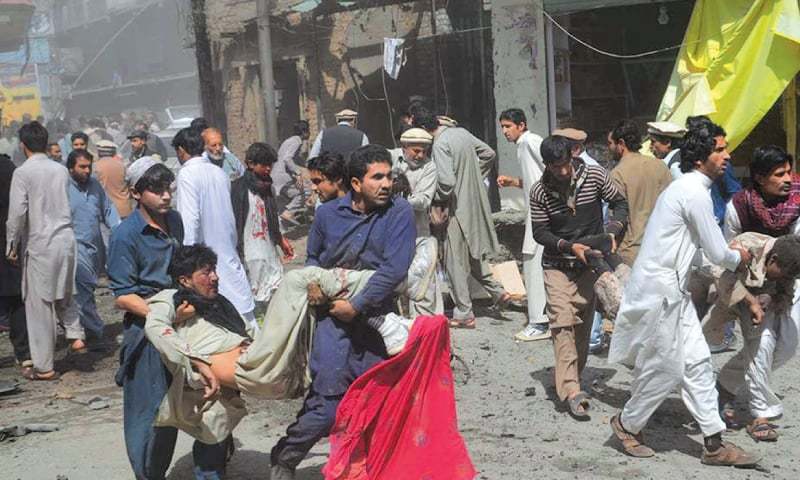 ISLAMABAD: The Awami Workers Party (AWP) expresses sorrow over the loss of 24 lives in yet another market explosion in Parachinar on Friday — the second market bombing this year and the fourth since 2013 in the headquarter of the Kurram Agency.

The AWP President Fanoos Gujjar in a statement here on Saturday expressed sympathies with the families of those killed as well as injured in the terrorist attack.

At least 23 people were killed over 50 wounded in a car-laden bomb, mortar attack near a Shia Imambargah in Noor Khan Market and another person was killed after security forces opened fire on protesters in Parachinar.

Jamaatul Ahrar, the TTP splinter that has claimed responsibility for the Friday attack. The attack has disproved the claims by the government and the security apparatus of gains in the war against militancy.

He said that there is a need for firm steps and political will to take action against hate preachers and the sympathizers of the extremists in the government, in judiciary, and other state institutions to weed out sectarian extremism.

There is also a need for paradigm shift in national security and foreign policy and a coherent and effective strategic approach in National Action Plan and anti-terror operations.

The AWP president also condemned security forces firing on the protesters who had gathered to express their anguish over the failure of the security apparatus.

He criticized the law enforcement and security agencies for failing to protect the people of Kurram Agency from terrorist attacks.

Gujjar said military operation is not solution to the problem. There is a need to change policy of selective action against terrorist and sectarian extremist outfits.

They also demanded drastic change in country’s foreign and security policies and also demanded action against all proscribed outfits across-the-board.

They also demanded provision of adequate financial assistance to the families of the victims and for the treatment of the injured.

He said the policy of ‘good’ and ‘bad’ Taliban should be changed and action should be taken against all sectarian and jihadi outfits across-the-board.