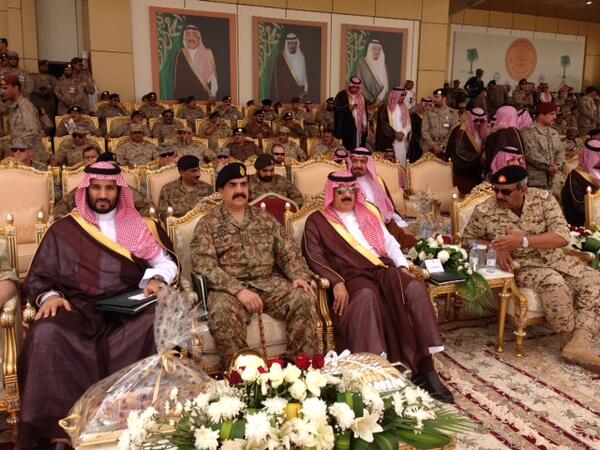 ISLAMABAD: The Awami Workers Party (AWP) has opposed Pakistan’s decision to join a Saudi-led military alliance which is against the country’s interest and a deviation from the Non-Aligned Movement charter and will fuel regional conflicts and proxy wars.

In a statement here on Wednesday, AWP secretary general Akhtar Hussain Advocate said in April 2015, the parliament had taken the correct decision of declining to authorize the government to send troops to Yemen to fight against the Houthis and siding with any conflicting party.

The AWP general secretary said that the Muslim majority nations’ military alliance has been created by Saudi Arabia at the behest of US imperialism to further its neo-liberal economic agenda and control the resources of the Muslim countries.

The alliance has no representation from other major Muslim countries like Iran, Iraq, Syria and Lebanon which are facing the scourge of terrorism.

Although it is being claimed by the supporters of the military alliance that it has been created to fight terrorism, the fact of the matter is that most of the members of the alliance are responsible for financing and promoting religious extremism and sectarian outfits in the world. Most of the Middle East states have been responsible for human rights violations.
The decision to join the 39-Muslim majority nations’ alliance is also in contravention of the parliament’s decision that had opposed any such moves. It will fuel regional conflicts and proxy wars in Middle East and South Asia.

While proxy conflict between Iran and Saudi Arabia has badly affected Pakistan, entering any such alliance will widen the sectarian divide not only in Pakistan but in other countries, he said.

Iran has already expressed its reservations regarding the appointment of the former army chief, Gen (retd) Raheel Sharif as head of the Saudi-led military alliance and conveyed its concerns to the Pakistan government.

The AWP leader demanded the government to change the flawed foreign policy and national security parameters and ensure that the decision taken by parliament is not deviated from.