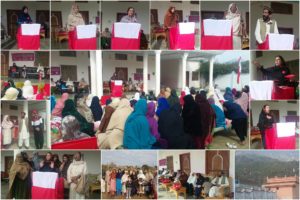 A series of consultation meetings were held by AWP in Khyber-Pakhtunkhwa province, chaired by party deputy-secretary Ismat Shahjahan for the formation of a Feminist Women’s Front in the AWP Pakhtunkhwa chapter to drive the party’s work on women. Consultations were held in Buner, Peshawar and Mardan in which a number of women participated and an organizing committee was formed, which includes Abida Munawar, Fiaz Kausar and Lubna Kifayat. The purpose of the 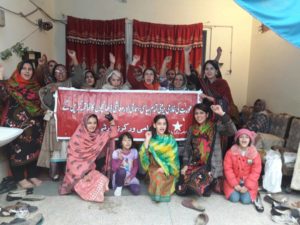 front will be to strengthen the struggle against the interlinked forces of patriarchal oppression, religious fundamentalism, fuedal and capitalist exploitation that are posing grave threats to women in the region. The front will be inaugurated in a Women’s conference to be hosted by the AWP in March.