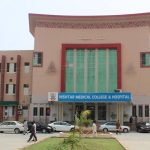 AWP’s Acting President Akhtar Hussain Advocate and General Secretary Dr Bakhshal Thalhu said in a statement that throwing bodies on the rooftop of the hospital is not only an inhumane act but also indicates overall social indifference and moral decline of the Pakistani society. This act also exposes the apathy of the state towards the people and public health; in a state where living human beings do not matter; more than 30 million displaced people, including women, children and the elderly, are victims of the man-made calamity, destruction and the criminal negligence and indifference of the ruling elite

END_OF_DOCUMENT_TOKEN_TO_BE_REPLACED 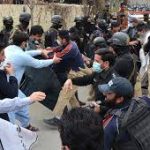 AWP stands with the doctors of Balochistan, as well as healthcare providers across the country, and particularly in under-serviced regions like Gilgit-Baltistan.