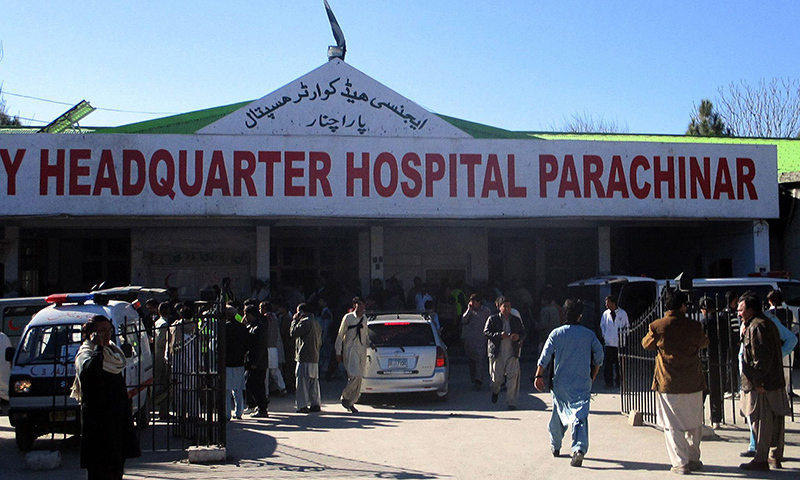 ISLAMABAD: The Awami Workers Party (AWP) expresses deep sorrow over the loss of 20 lives in a market explosion in Parachinar on Saturday morning.

The AWP President Fanoos Gujjar and General Secretary Akhtar Hussain advocate in a joint statement expressed sympathies with the families of those killed as well as injured in the terrorist attack.

The AWP leaders also expressed anguish at the death of most of the wounded people during treatment due to the poor condition of healthcare facilities in the agency hospital.

They criticized the law enforcement and security agencies for failing to protect the people of Kurram Agency from terrorist attacks.

The irony of the fact is that on the one hand, the security agencies have miserably failed to protect the local people, and on the other, they want to disarm the local people making them more vulnerable to terrorists, the AWP leaders said.

In December, 2015 a similar blast in a market in Parachinar had killed 25 people. Two militant groups, Lashkar-i-Jhangvi Al Alami and Ansarul Mujahideen based in South Waziristan Agency, had claimed responsibility for that blast.

Kurram Agency is one of the most sensitive tribal areas as it borders three Afghan provinces and is adjacent to North Waziristan where Operation Zarb-i-Azb is in progress against the Taliban.

They questioned the military operation and the claim of success of the security apparatus despite spending Rs 190 billion on Zarb-e-Azb.

They said military operation is not solution to the problem. There is a need to change the policy of selective action against terrorists and sectarian extremist outfits.

They also demanded a drastic change in the country’s foreign and security policies and also demanded action against all proscribed outfits across-the-board.

They also demanded provision of adequate financial assistance to the families of the victims and for the treatment of the injured.

The interior minister’s recent statement about sectarian outfits emboldens them to continue their criminal acts. This is also tantamount to giving political cover to such groups and parties which are nurseries of terrorists and justifying their terrorist acts.

They said the policy of ‘good’ and ‘bad’ Taliban should be changed and action should be taken against all sectarian and jihadi outfits across-the-board.