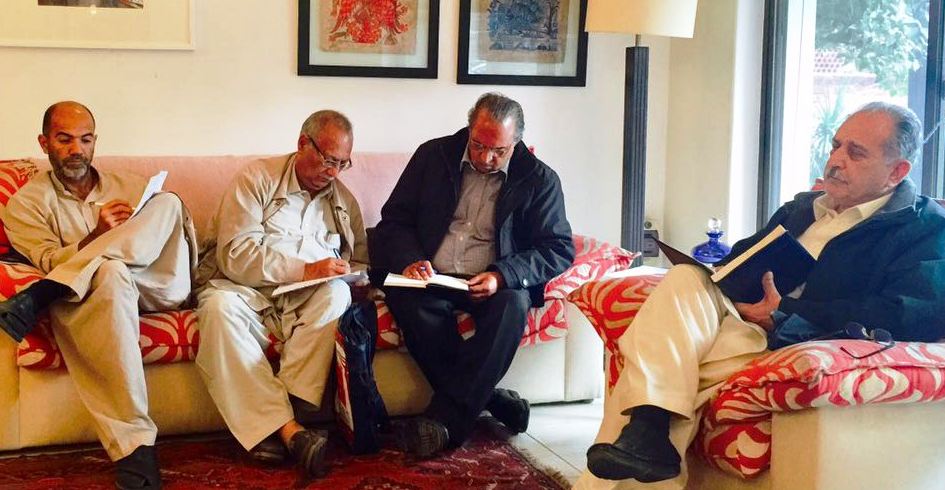 Islamabad, January 23: In pursuance of the Federal Committee decisions taken at its meeting on December 24 and 25, 2016, three different committees of The Awami Workers Party (AWP) met at the residence of comrade Abid Hassan Minto in Lahore on January 22, 2017.
Members of the CPEC Committee, Party Organ Committee and ‘1917 Socialist Revolution Committee discussed thoroughly all issues and important decisions about organisational matters, activities and party position on various issues of national and international importance.

The decisions are as follows:

A. CPEC and development projects

While recognising the importance of regional cooperation and arrangements in fighting poverty and neoliberal economic agenda, it was decided that we will not oppose CPEC. It was also decided unanimously that a comprehensive document will be prepared on mega development projects keeping in view the concerns of the federating units and interests of the working class. It was decided that:

B. Structural shifts in global Capitalism and its impact on working class.

The committee on Party Organ decided that:

The committee on celebrations of 100 years of the 1917 Socialist Revolution and 150 years of The Capital’ discussed in detail various proposals to highlight the significance of the first socialist revolution and the seminal work by Karl Marx, who has recently been declared as the Greatest Philosopher of the Millennium’.

It was decided that: