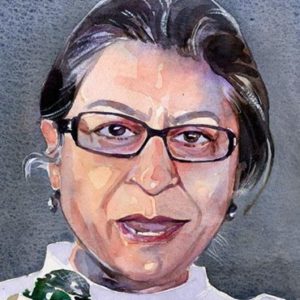 The Awami Workers Party (AWP) leadership and workers are shocked and grieved at the devastating news of the demise of Asma Jahangir. It is hard to put into words the tragedy that her loss represents. In the death of Asma, AWP has lost a comrade, a defender of rights, a great fighter.

“Asma Jahangir was a towering progressive icon of resistance in Pakistan and the rest of the world, a champion of fundamental human rights, a fearless voice for the voiceless, religious minorities and marginalized communities, and an untiring campaigner for women’s liberation.

She was a hope in a hopelessness and lawlessness society to the downtrodden, oppressed people, peasants and working class and marginalised communities.

She stood up to dictators and fought tirelessly and fearlessly against repression and persecution of progressive, secular forces, held accountable several civilian governments, for which she faced arrests for her fierce criticism of the state’s national security and foreign policies. She vehemently opposed the religious extremism, intolerance and militant groups when others would cow before them in fear.

Despite enormous challenges and threats, smear campaign against her by the right wing extremist groups and state institutions, she never stopped fighting for what she believed in, the AWP le 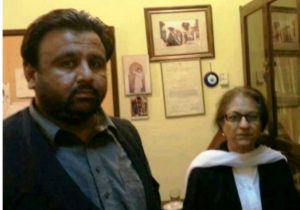 Asma Jahangir was also a friend to the AWP and always extended legal assistance for the party’s various struggles — from supporting Comrade Baba Jan, the Gilgit-Baltistan’s prisoners of conscience, to fighting for the rights of brick kiln workers, peasants of Okara military farms, to raising her voice for victims of enforced disappearances to violence against minorities and women.

Her loss is incalculable and a great loss for all oppressed peoples and nations in Pakistan and the rest of world, whose rights she dedicated her life for.

“We mourn her as a friend, ally and comrade in struggle”, the party statement said.

AWP vows to continue Asma’s legacy and struggle for setting up a socialist egalitarian democratic society, protection of fundamental rights and progressive values.

“We pledge to fight against the same forces of dictatorship, fanaticism, patriarchy and economic and social injustices that Asma dedicated her life fighting to. Her ideology will live on in the hearts and actions of the millions that she inspired with her example.
“The AWP leadership demands the government to announce a three-day national mourning and
Red Salute to Asma Jahangir.