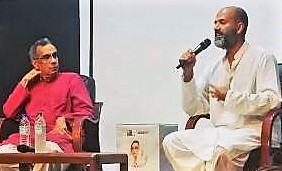 The speaker and audience were unison in rejecting the notion and perception created by western media that Pakistan is on the verge of collapse, about to be taken over by right-wing fanatics. The speaker very well explained and addressed many burning questions such as “Do the forces of reaction accurately represent society at large? Where is the progressive alternative? Is progressive thought absent in Pakistani society? Or are progressives simply unorganised and unable to represent themselves as a viable alternative to status quo? Is a progressive alternative only to resisting the religious right? Or must it be a holistic programme addressing class, ethnic, gender and other forms of exploitation in society?
The speaker emphasised the need for the revival of the progressive politics, especially the student unions, in the country to counter the rising tide of right-wing extremism.

The scattered Left and progressive forces need to get united on a minimum agenda, he stressed. 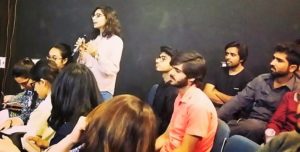 Dr Aasim Sajjad emphasised on the political role of the youth bulge which makes over 60% of the population of Pakistani society.
They agreed to make the people acknowledge the importance and need and essence of the identity of a Left-wing progressive platform as a priority.
The minimum points for an agreement for building a progressive consensus could be: addressing the essence of a secular state, class contradictions, inequality, anti-imperialist foreign policy and resolving conflicts with neighbouring countries and strengthening friendly relations with them. 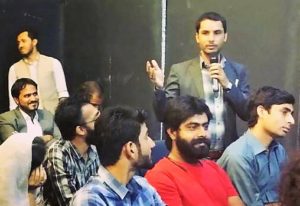 Addressing the question of patriarchy and gender equality can also be an important relying point.
Acceptance of Pakistan as a multi-national and multicultural state is another important point of agreement for progressive forces.
Addressing the question of ecology and climate change is an equally important point that needs to be highlighted by the Left and progressive forces to fight neoliberal economic agenda and hegemony of the imperialist forces.
Anayat Baig, President, National Students Federation-Gilgit-Baltistan (NSF-GB) Sindh Chapter and leader of PrSF conducted the session.