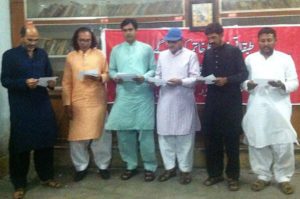 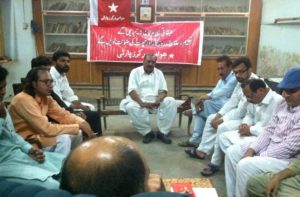 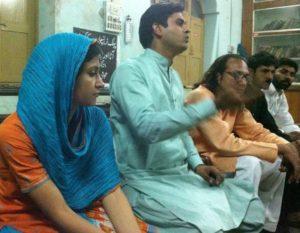 Islamabad, May 20: The Awami Workers continues to expand its organisational presence throughout the country and abroad through its persistent struggle for the rights of the working class.

As part of this struggle, the party formed its unit in Chiniot, one of the important commercial and industrial cities of Punjab.

A number of activists joined the party and the Chiniot unit was formed on May 19, 2017 at a meeting that was presided over by AWP Punjab President Dr Asim Sajjad Akhtar. Provincial deputy secretary general Aliya Amirali, finance secretary Arif Ayaz and Faisalabad party president Mohammad Saeed also attended the meeting.

AWP Punjab President administered the oath of office to the newly elected office-bearers.

The participants discussed organisational matters, challenges to Left politics in an era of counter-revolution and rising religious extremism.

They stressed the need for building the party, initiating an alternative Left Movement against the neoliberal economic agenda of the capitalist and imperialist powers.

The newly elected office-bearers affirmed their resolve to remain committed to the party program and cause of working class.

The stressed the need for devising new strategies in the changed situation to make AWP a mass party.